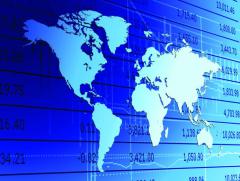 One More Time, with Feeling!

One More Time, with Feeling! Oracle announced another software company purchase.  Its acquisition of Responsys makes a few founders, VC’s, and assorted vested employees very happy for the holidays.  Good for them.  Really, I mean it.  Good for anyone who has a liquidity event like this, regardless of time of year.  Now what? Over the […]

The Pillorying of MarkLogic: Why Selling Disruptive Technology To the Government is Hard and Risky

There’s a well established school of thought that high-tech startups should focus on a few vertical markets early in their development.  The question is whether government should be one of them? The government seems to think so.  They run a handful of programs to encourage startups to focus on government.  Heck, the CIA even has […]

IBM Acquires Fiberlink (MaaS360) For Mobile Management And Security On November 13th, Blue Bell, PA based Fiberlink Communications signed a definitive agreement to be acquired by Armonk, NY based IBM for an undisclosed sum.  Fiberlink has over 3500 clients in key verticals such as financial, retail, public sector, education, and healthcare.  IBM expects to close […]

Commerce Server Finds Its Logical Home On Wednesday November 20th, 2013, Copenhagen, Denmark based Sitecore acquired Ottawa, Canada based commerceserver.net for an undisclosed price.  Originally known as the Microsoft Siteserver and Commerce Server 2000, the product was orphaned by Microsoft,  then Ascentium, the key development partner were given the rights to further develop and market […]

Last year I made a bit of fun of Oracle, picking on the symbolism in their closed, walled conference setup vs. the open festival-like environment at Salesforce.com’s competing event.  Here’s a little pictorial reminder: Dreamforce did not even feel like a conference, rather a Festival – Woodstock, Mardi Gras, SXSW – your pick.  Fun.  Contrast that to Oracle’s […]

Salesforce Startup Lesson #1: How are products built by Oracle, SAP or Salesforce different?

One of the questions often asked by venture investors and entrepreneurs alike is – how does product strategy work at a company like Salesforce? How is it different from Oracle? How does Salesforce thinking about products fundamentally different than how SAP or Oracle approach it? To me it comes down to the way the three […]

Is Oracle at a Junction Point in Its History?

I attended Oracle Open World a few weeks ago (and been traveling since, which is why I am just getting to this now – but then again, there is more information in this post than Just that catalyst event of #OOW13).  It brought together a few items that have been bouncing around my head for […]

For years I couldn’t resolve how and why Oracle approached the market so differently than other major apps providers. Finally I have. They aren’t truly an apps provider – at least not primarily.

The ghost of Anthony Lye presided over Oracle OpenWorld’s third-day customer experience, or CX, keynote. For CRM and related things, it was the moment I’d been waiting for. Lye is in robust health as far as I know, but he has been gone from Oracle for about a year. He was the architect of Oracle’s […]