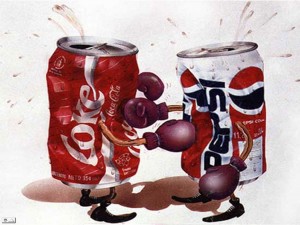 Oracle scored points in its ongoing battle with Salesforce.com for primacy in the CRM world.  Personally, I am not sure it matters much because the two companies’ approaches to CRM are so different.  Coke or Pepsi?  Harley-Davidson or Honda?  Who knows?  At the end of the day, it’s about helping a customer realize a vision […]

Will 2010 Be the Watershed Year for Media and Advertisers?

Just before the holiday, Pepsi dropped a bombshell: they are cutting their Superbowl ads, instead spending $20 million on something called the Pepsi Refresh Project, a “social media” campaign that will hand out tens of millions of dollars to people who want to “refresh” their communities via good works. Of course, the social media universe […]