There was quite a lot of discussion on Twitter and in the blogosphere earlier this week about a major payroll project disaster plaguing the State of California government.  That discussion broadened to include tales of more failed payroll as well as ERP and various other large-scale systems projects.  If you want to immerse yourself in tales of such disasters, […]

[I wrote this post in June, 2010, just when Al and Tipper Gore had announced their separation mid-2010, at a time when true SaaS InFullBloom was in its infancy.  I was spending a ton of time with a wide range of vendors, some licensees of my “Starter Kit,” working hard on the next generation of […]

Don't Let This Happen To You!

Last week I delivered a keynote for HR Technology Week  which I hope many of you attended and/or for which you have access to the replay.  I thought that the top ten preparedness list I created for this session, with many thanks to Ed Frauenheim for suggesting it, might make a […]

Reflections On A Long Career — Part IV — Summing Up

The Message Is Clear! In the first three posts of this series, here, here and here, I reflected on various aspects of building and sustaining a long and successful career.  Now it’s time to sum up the lessons of my own career, a long professional run for which I’m truly grateful. There’s been a huge portion of […]

With the first post in this series, I introduced my concept of potential disruptors and other sources of disruption to the HRM enterprise software landscape.  In that post I used Kronos and a hypothesized expansion of their functional footprint — a huge expansion of their functional footprint — combined with their global distribution capabilities, competent leadership, and […] 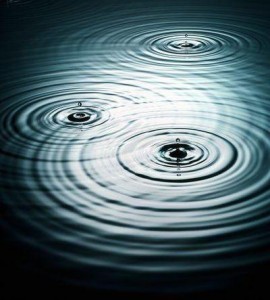 It’s Not The Ripples From A Single Pebble But Their Interactions With Others That’s My Mental Image of Market Disruption Introduction The idea for this series comes from the work I did to update my competitive landscape talking points before several recent client meetings.  After updating the vendor by vendor notes which are at the core […]

Making My Peace With Not Knowing / Following / Connecting / Clicking Through Etc.

As a toddler, I took great pride in being able to rattle off the names of all the Kittredges (Barry, Bobby, Eddy, Georgie, Chucky, Sydney, Al, Ralph and Adele), a large family who lived across from us on Somerset Street.  Later, it was important to me to have read every Nancy Drew mystery then every Agatha Christie then […]

Reflections On A Long Career — Part III — The Network Effect

Tales Of The Mighty Rolodex It always was and always will be about the power of the network.  It really does “take a village,” the mutual support we derive from friends, family and colleagues, not only to raise our children but also to help us every step of the way through life.  We owe so much to those from […]

Reflections On A Long Career — Part II — My Heroes

Larry Seidel’s Other Interests My first post in this series was about what we can do to prepare for and sustain a long, productive and satisfying career.  In this post, I’d like to give credit — and there’s a lot to give — to the people who helped shaped the professional I became.  We should all be […]