The rise of Gigwalk: Imagine if your business had a half million mystery shoppers

Businesses rarely know what others do to promote or merchandise their products. Gigwalk, not your ERP vendor, has a slick mobile/cloud solution — powered by a half million ‘Gigwalkers’ — that addresses some costly business problems.

It’s far too easy to hate statistics and use them to make a point simultaneously. Let’s use them to show that the world is not comprised of dummies and idiots. Beginning with the trends published by Mary Meeker about mobile adoption. She shredded some statistical constructs about the PC industry…

The latest round of tablet, smartphone and PC forecasts from IDC released yesterday in their smart connected device market forecast shows how rapidly tablets and large-screen (5+ inch) smartphones are redefining the market. These forecasts also underscore how the majority of enterprises need to better plan how to get the most out of mobility investments […]

This week, I participated in a ZDNet great debate against fellow columnist Jason Perlow. Jason and I faced off on whether smartphone cameras will kill off the DSLR (digital single-lens reflex) camera market. Although not this blog’s usual fare of IT, CIO issues, or leadership advice, I’m a serious photographer and cameras are an important topic […]

Things are changing fast in medicine, thanks to mobile.

This post was written by Tom Raftery and was published at Things are changing fast in medicine, thanks to mobile. Wow – this is an amazing video on just how much smartphones can help reduce costs, increase healthcare efficiency and improve patient well-being and outcomes. We may not be fully there yet in terms of […]

My Quick Take on Quicktate (Convenient Transcription Has Finally Arrived)

It is rare that I get so excited about a new service I feel compelled to grab a pen mic smartphone and blog about it. But today it just happened: the service I’m going to talk about is Quicktate. For background, let me just come clear and admit that I’m a really lousy typist and […] 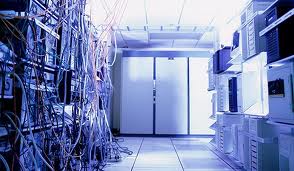