My Aussie friends have an interesting saying that seems part complement and part benediction.  Good on you.  They pronounce it with an accent on the second word so that the phrase becomes a single word in the mouth, more like goo-don you.  At any rate, good on you. Last week’s smack down of the PIPA […] 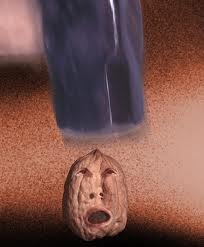 What the passing of SOPA could mean for your business

Click here to listen to Friday’s excellent web-discussion involving HfS Research’s own (and definitely not SOPA-rific) Jim Slaby and Terametric’s tera-fic Chris Selland. And for those of you who can’t be bothered, here were the main points of note: * SOPA/PIPA have worthy anti-piracy goals, but are highly problematic in technological, political, legal, and commercial terms. They […]

I had a great time on yesterday’s Focus.com SOPA Roundtable and was honored to be asked to participate. While we took a bit of time to celebrate the fact that the effective death of the current SOPA & PIPA bills is a clear victory for those of us who opposed them, the panel was also […]

When the French have a problem with particularly egregious government regulation or sometimes even when one is proposed, they call a general strike or perhaps just a slow down.  Farmers have been known to drive their tractors to Paris to parade them down the Champs Elysees to protest farm policies.  I was there nearly a […]

I had couple reminders over the last few weeks of how messy attributions and permissions already are – so about life if SOPA passes? a) My book editors went through and highlighted several quotes from articles which exceeded 50 words. I shortene…