Zach Nelson, CEO of NetSuite, was talking about CRM a lot in his recent keynote for SuiteWorld, his company’s user meeting that was held in San Jose last week. You might not think that’s unusual given that the company has a whole suite of cloud-based ERP-CRM-eCommerce, but it represents a departure and one that I […]

This is the first in a series of posts where I just try to catch up on the latest shows around the country I attended between April and May. The “spring season” was so well populated, and so busy, that I almost had no chance to write about current events.  I have four or five […]

SuiteWorld reveals cloud computing ERP’s mainstream moment NetSuite bloomed this week, in part because of a very well produced user meeting, SuiteWorld, held in San Jose but also because there can no longer be any doubt that the market for ERP technology is turning to the Cloud. What was once unthinkable — that ERP could […]

The Foreigner hit tells the story of a fan who could not get into a show,  but even standing outside in the rain, was so inspired by the music that he bought a used guitar the next morning and went on to become a rock star. Does your event aspire to create similar Jukebox heroes? […] 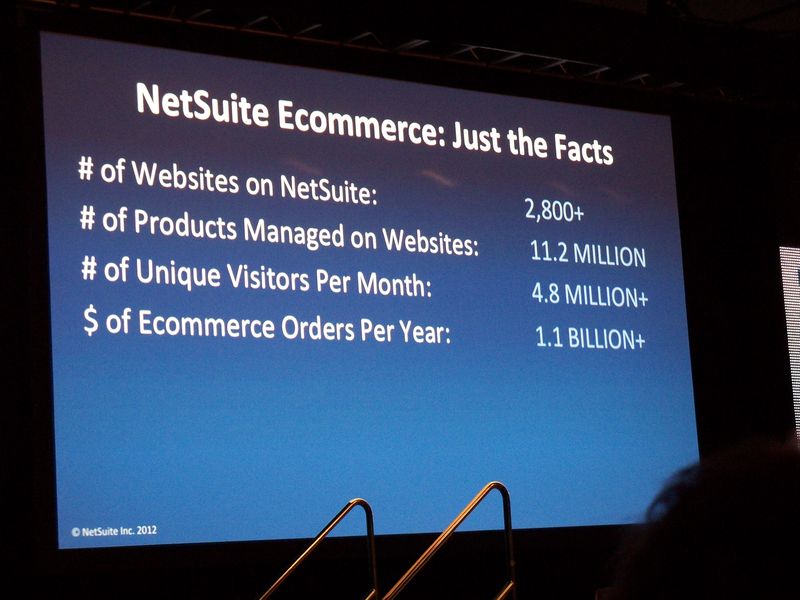 So what were the big takeaways from the NetSuite SuiteWorld conference last week? In the first of a three part assessment, see how the new commerce engine may be creating a new for new analytic capabilities within NetSuite’s product line.

This spring has seen a raft of software company events and announcements and they’ve been good meetings full of real news and important new developments.  It is as if these companies bided their time during the worst of the recession building new product, thinking about the future and how customers will use their technologies.  It […]