UK based enterprise cloud collaboration vendor Huddle is taking over where collaboration pioneer WebEx left off after its ill-fated acquisition by Cisco, gaining market share at the expense of Sharepoint.

This morning, Ariba and IBM announced a partnership to integrate LotusLive into Ariba Discovery, Ariba’s free supplier discovery tool (and supplier directory / marketing / lead generation service). While on the surface, this relationship has all the makings of a Barney deal — for example, why isn’t there a bigger collaboration involving other IBM groups, […]

Editor’s note: Aravo’s Tim Albinson asked if he could have the chance to issue a formal response to this post from earlier today. After I agreed to turn over the virtual pen, he sent me this.

Thanks for the great write-up — you do an ex… 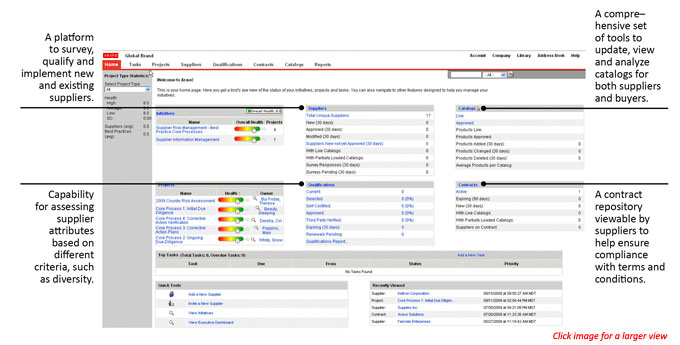 Aravo’s $27 Million Funding Round: A Few Thoughts on Its Market Implications

Earlier this morning, Aravo announced a $27 million funding round led by Cisco. While you can read the details of the funding round in the above-linked Spend Matters column — along with some thoughts from the transaction’s lead engineer, Aravo’s CEO…

Spend Ramblings: Aravo Raises $27 Million From Cisco and Others

Later this morning, Aravo will announce that it has closed on its latest round of funding. For observers of our industry, this should provide significant validation that the demand for innovative procurement and supply-chain software remains healthy….