In Cambridge, Massachusetts, my home turf, there is a good-natured intramural rivalry between Harvard and MIT.  Each may be a bastion of higher learning but they are very different places with different cultures.  The rival taunts go something like this: Harvard people are good with letters but not so much with numbers.  The engineers down […] 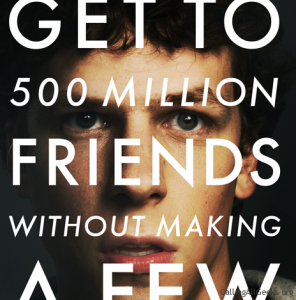 Birth of the Social

My favorite scene in The Social Network is when Mark Zuckerberg’s character has an epiphany that Facebook’s screen should have a field to designate a user’s status, as in relationship status or availability. Wait, I didn’t give something away did I?  You’ve seen the movie, right?  No?  Go see it.  I’ll wait. There. Zuckerberg, Facebook’s […]

There’s an interesting article in the September 20 issue of The New Yorker on Mark Zuckerberg, CEO and founder of Facebook.  Written by Jose Antonio Vargas it is a synopsis of a short life that includes a partial Harvard education — Zuckerberg dropped out a la Gates to run Facebook — and a whirlwind thereafter.  […]